Many of us will have enjoyed James Rebanks’ book, “A Shepherd’s Life”.

I’ve got a couple of further reading suggestions, and I’d be interested in what others think. These are novels, but draw heavily on the personal knowledge of the writers.

“Towards Mellbreak” by Marie-Elsa Bragg is a farming chronicle set in the English Lake District. Lyrical descriptions of fell and lake abound, but, be warned, it’s a tragedy about the impact of government sponsored change on the lives of the shepherds. The characters use an evolving local dialect but the writer is given to unusual and surprising word-choices in describing the landscape - more like a poem than a novel.

Much more upbeat is “Addlands” by Tom Bulloughs, set this time in Radnorshire, an ancient Welsh county, and covering seventy years of life on a sheep farm. This is actually a comedy, but it has its darker passages, some of which may shock the reader. “Visceral” is the word. Here, the dialect is not just in the dialogue but also in the writer’s own narrative. Although the central character is male, many of the stronger characters are female, and they are certainly survivors.

I enjoyed both of these, but I loved “Addlands.”

What are your suggestions?

Independent People by Halldor Laxness, of Iceland. It’s Wonderful, but depressing in a dark humor sort of way. Full of descriptions of the landscape and of ordinary people’s lives and thoughts. Lots of sheep.

Sounds good. I wonder whether we could go right round the world with sheepy books?

Sheepish: Two women, fifty sheep and enough wool to save the planet, by Catherine Friend. Memoir and, as you can tell from the title, funny and entertaining and somewhat ironic. It did NOT make me want to raise sheep.

Working with wool is another good one. It takes you to British Columbia and the native people’s knitting tradition. Wonderful non fiction book.

Three Bags Full: A Sheep Detective Story by Leonie Swan. So marvelous and unexpected that I need to post the blurb from the back cover:

A witty philosophical murder mystery with a charming twist: the crack detectives are sheep determined to discover who killed their beloved shepherd.

On a hillside near the cozy Irish village of Glennkill, the members of the flock gather around their shepherd, George, whose body lies pinned to the ground with a spade. George has cared for the sheep, reading them a plethora of books every night. The daily exposure to literature has made them far savvier about the workings of the human mind than your average sheep. Led by Miss Maple, the smartest sheep in Glennkill (and possibly the world), they set out to find George’s killer.

The A-team of investigators includes Othello, the “bad-boy” black ram; Mopple the Whale, a merino who eats a lot and remembers everything; and Zora, a pensive black-faced ewe with a weakness for abysses. Joined by other members of the richly talented flock, they engage in nightlong discussions about the crime and wild metaphysical speculations, and they embark on reconnaissance missions into the village, where they encounter some likely suspects. There’s Ham, the terrifying butcher; Rebecca, a village newcomer with a secret and a scheme; Gabriel, the shady shepherd of a very odd flock; and Father Will, a sinister priest. Along the way, the sheep confront their own all-too-human struggles with guilt, misdeeds, and unrequited love.

Gosh, that is original! Who would see sheep like that?

YES to this one. Listened to the audio version on a cross country road trip. Even my husband loved it, and he’s not a fiber afficionado.

My first thought was the book Sheep in a Jeep and the rest of the sheep books in the picture-book series by Nancy E. Shaw and Margot Apple. Perhaps not what you are looking for but they still make me giggle.

I think most of what I know about sheep and shepherding comes from reading Thomas Hardy’s Wessex novels, and reading (and watching) All Creatures Great and Small. All many decades ago, but it’s surprising how deeply good writing leaves an impression!

Ah yes! Alan Bates as Gabriel Oak, deploying that device to release the gas from the bloated bellies and saving the day! I know just what you mean.

I just began listening to His Bloody Project, by Graeme Macrae Burnet. I’ve just reached an event that, I think, will set the rest in motion: the main character loses track of one of the sheep he’s supposed to watch, the sheep ends up in the water, the boy rescues it, discovers it’s mortally injured, and then must end its life. The setting is the Scottish Highlands, littered with sheep and shepherds.

A favorite of mine, which is not a novel, is Beautiful Sheep. 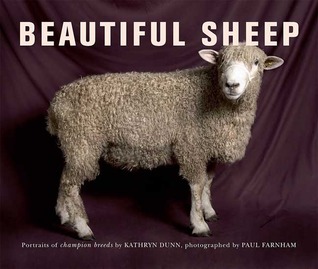